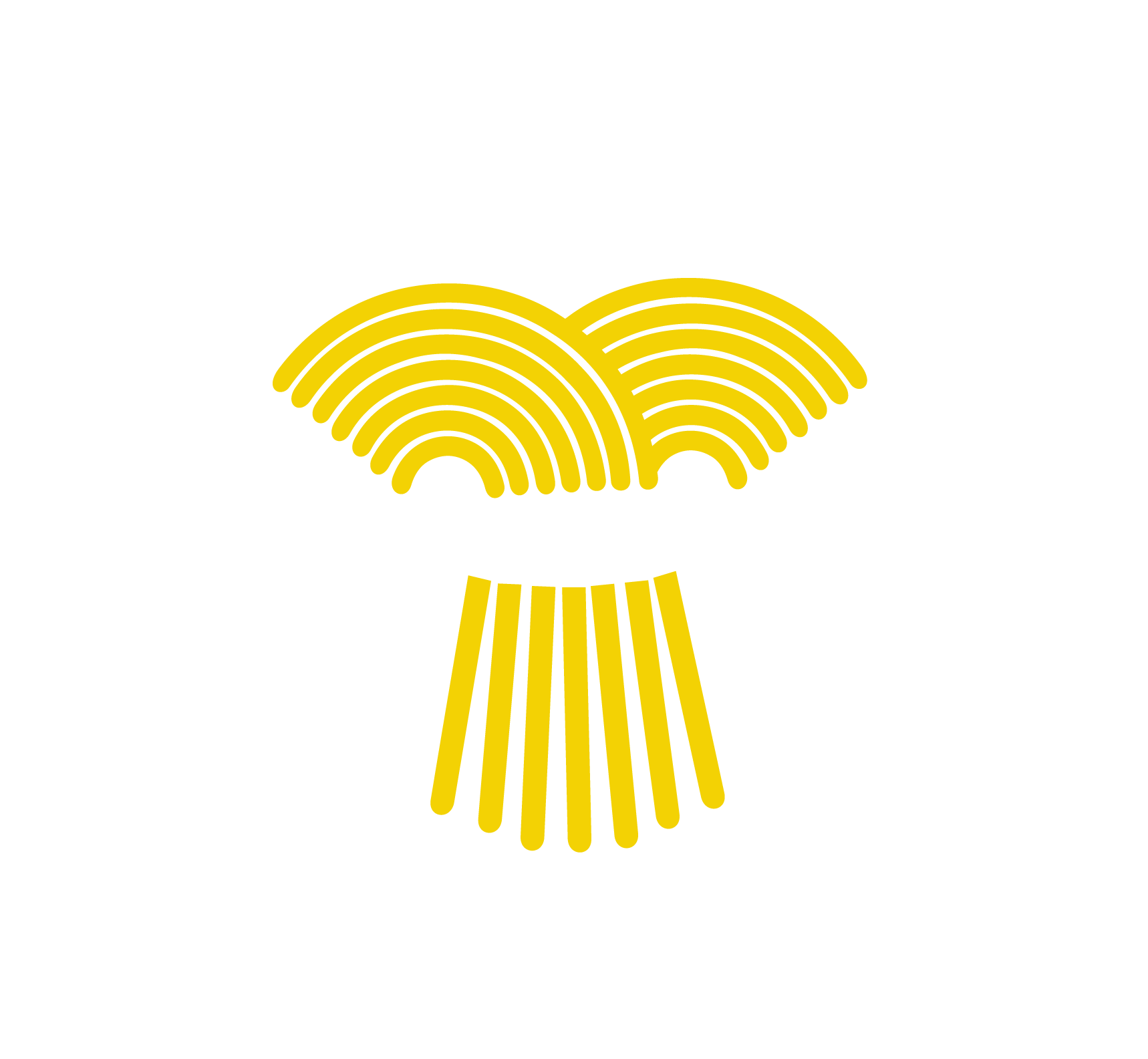 The Club colours shall be Navy Blue and Gold.

(a) Membership of the Club shall be open to anyone interested in cricket on application regardless of sex, age, disability, ethnicity, nationality, sexual orientation religion or other beliefs. However, limitation of membership according to available facilities is allowable on a non-discriminatory basis.  The Club will keep subscriptions at levels that will not pose a significant obstacle to people participating.
(b) No person may be admitted to membership of the Club or to any privileges of membership without an interval of at least two days between their nomination and the granting of their application for such membership. All new applications for membership must be submitted in writing to the Membership Secretary, countersigned by two members of the Club.
(c) The General Committee may refuse any applicant for membership at their discretion or remove a member or members but only for good cause such as conduct or character likely to bring the Club or sport into disrepute. Appeal against refusal or removal may be made to the appropriate Committee.
(d) No person shall be eligible to take part in the business of the Club or eligible for selection for any Club team unless the appropriate subscription has been paid by the specified date or membership has been agreed by the Committee.
(e) All members will be subject to the regulations of the Constitution and by joining the Club will be deemed to accept these regulations and any Codes of Conduct that the Club has adopted.  The Constitution shall identify those members eligible to vote at any General Meetings.
4.1 there shall be five classes of membership as follows: 4.1:1 Cricket membership comprising senior playing members, umpires, scorers, past playing members of the Club who have paid full annual subscription as a senior playing member and non playing members.  4.1:2 Honorary members as defined in clause 5 below  4.1:3 Junior members who shall be playing members who are aged under 18 or in full time education on 30 September in the immediately preceding year.  4.1:4 Life members who shall be those members elected as such at an annual general meeting of the Club  4.1:5 Social members
5. Honorary members
The general committee as defined at clause 8 below shall at each annual general meeting invite to be president, vice president, and honorary members such persons as they may decide. All of these will be Honorary Members of the Club.

6.1 Voting Membership shall comprise Cricket Members as defined at clause 4.1:1 above, Junior Members who are aged over 16 at the date of any general meeting giving rise to the eligibility to vote and life members.
6.2 Non Voting members shall comprise Honorary Members and Social Members.
6.3 Elections for Captains and Vice Captains
Voting eligibility for the elections of Captains and Vice Captains shall be limited to senior playing members and junior playing members who are aged 16 at the date of the meeting at which their vote applies.
6.4 Non voting members shall be entitled to vote at the Annual General Meeting of the Braunton Cricket Club Social Committee.

The Officers of the Club shall be a Chairman, Vice Chairman, Honorary Secretary, Treasurer, Honorary Fixture Secretary and Club Welfare Officer. They shall be elected annually at each Annual General Meeting. All Officers shall be elected for a period of one year, but shall be eligible for re-election to the same office or to another office the following year.

8.1 The General Committee shall be responsible for the overall management of the Club and
8.2 shall consist of all the Officers of the Club, the Club Captain and additional voting members so as not to exceed 13 in all who shall be elected at the Annual General Meeting each year.
8.3 A minimum of five members, two of whom must be officers must be present at a meeting of the General Committee in order to form a quorum.

Each of the General Committee, Selection Committee and Social Committee shall have the power at any time and from time to time to fill any casual vacancy among its Officers and committee. Any Officer or member of the Committee so appointed shall hold office only until the next following Annual General Meeting but shall then be eligible for re-election. In addition any Committee shall have the usual powers to co-opt additional members for specific purposes.
11.1 No employee of the Club, or anyone subsequently employed by an employee, can become an Officer of the Club.

The financial year shall end on 30 September annually.

The Annual General Meeting of the Club shall be held once a year before 31 January following the end of the Playing Season each year for the following purposes
13.1 To receive from the Committee a report, balance sheet and statement of account for the preceding financial year and an estimate of the receipts and expenditure for the current financial year.
13.2 To elect the members of the General Committee for the ensuing year.
13.3 To elect the members of the Selection Committee (subject to the provisions of paragraph 9) for the ensuing year.
13.4 To select the members of the Social Committee for the ensuing year.
13.5 To elect persons who fill the vacancies which arise in the office of Trustees of the Club.
13.6 to fix the subscription levels for:
13.6:1 Senior playing members, umpires, scorers and past playing members of the Club
13.6:2 Junior Playing members
13.6:3 Social Members
Such subscriptions will become due and payable on 30 April next and if such membership subscription has not been paid by 31 May the Club shall be entitled (but not obliged) to deem that person as being no longer a member of the Club.
13.7 No resolution which significantly affects the future of the Club or alterations to its constitution shall be accepted at the Annual General Meeting unless written notice of the motion has been given to the Secretary at least fourteen days prior to the meeting and the Officer presiding at the Annual General Meeting shall have absolute discretion in deciding whether any such Resolution is within these terms or not.
13.8 Neither the Constitution nor any Resolution which significantly affects the future of the Club shall be altered except by a vote of more than two thirds of those voting members present.

The Honorary Fixtures Secretary shall have the power to arrange all matches subject to the approval of the General Committee.

15.1 Trustees of the Club shall be elected by the Annual General Meeting and they shall respectively hold office for five years (unless removed from Office by a Resolution of the club in General Meeting) and they shall be entitled to re-election at the end of their five year term at the discretion of the membership in General Meeting.
15.2 The number of Trustees shall normally be 3 but shall not exceed 5.
15.3 Duties
15.3:1 The duties of the Trustees shall be to hold the property of the Club other than cash, bar stock and cricket equipment which shall be under the control of the General Committee (or as directed by them).
15.3:2 To advice, decide or assist on any matter referred to them by any Committee of the Club or by its membership in General meeting.
15.4 The Trustees shall be indemnified against risk and expense out of any of the Club property which for the avoidance of doubt shall include that property of the Club not held by the Trustees.

16.1 The property and funds of the Club cannot be used for the direct or indirect private benefit of members other than as reasonably allowed by the rules and all surplus income or profits are reinvested in the Club
16.2 The Club may provide sporting and related social facilities, sporting equipment, coaching, courses, insurance cover, medical treatment, away-match expenses, post match refreshments and other ordinary benefits of Community Amateur Sports Clubs as provided for in the Finance Act 2002
16.3 The Club may also in connection with the sports purposes of the Club:
16.3:1 sell and supply food, drink and related sports clothing and equipment;
16.3:2 employ persons (though not for playing) and remunerate them for providing goods and services, on fair terms set by the appropriate Club committee without the person concerned being present;
16.3:3 pay for reasonable hospitality for visiting teams and guests;
16.3:4 indemnify the committees and members acting properly in the course of the running of the Club against any liability incurred in the proper running of the Club (but only to the extent of its assets).
16.4 All committees will have due regard to the law on disability discrimination and child protection

17.1 The Club shall have the power to apply for and to hold in the name of the Secretary a registration issued by the Licensing Justices for the Barnstaple area and all matters relating to Licensing shall be dealt with either by the General Committee or the Social Committee as previously defined and in accordance with current licensing law from time to time.
17.2 Supply of Intoxicating Liquor
17.2:1 Supply of Intoxicating Liquor will only be given to
17.2:2 members and their guests
17.2:3 teams and supporters who have been invited to the Club by the Committee and approved by the Committee for any sporting purposes engaged in competition at the Club premises.
17.2:4 No person under the age of eighteen will be sold or supplied with intoxicating liquor.

The Club bar for the supply of intoxicating liquor to members shall be open from 11am to 11pm from Monday to Saturday and from 12 noon to 10.30pm on Sunday. The General Committee or the Social Committee shall have the authority to alter the opening hours within the limits defined by law but the secretary must give notice of such alteration to the Licensing Justices before the altered hours become operative.

Any member aged 18 and over shall be entitled to introduce guests to the Club provided that no person whose application for membership has been declined or who has been expelled from the Club shall be introduced as a guest. No member shall introduce more than two guests at any one time and then only a maximum of six times in any one year. After that, such guests must then apply for membership.

The Club Social Committee with the agreement of the General Committee shall have the power to open the Club premises for non Club purposes if they so wish (`Visitor Functions`) and if visitors wish to consume or purchase intoxicating liquor or beverage during the period of such visitor functions the committee may not open the premise for such functions more than twelve times in any one calendar year. The Club Secretary shall keep a record of all such hiring’s.

The purchase for the Club and the supply by the Club of intoxicating liquor (so far as not managed by the Club in general meeting or otherwise by the general body of members) shall be managed by the Bar Steward under the authority of the Bar Sub Committee of the General Committee subject to prevailing licensing legislation from time to time.

On Sundays when cricket is played at the Club only members and associate members of the Braunton Cricket Club shall be admitted to the Kelsey Ground on such terms and conditions as the Committee shall from time to time determine. Persons wishing to watch the playing of Sunday cricket shall at the discretion of any Committee member be offered temporary associate membership of the Club at a fee which shall be determined by the Committee at the appropriate fraction of the full adult membership.

Where there is a conflict between any of the above Key Rules and any other rule or rules the Key Rules(s) will take priority.
Interpretation of all the Rules must be consistent with the statutory requirements of CASCs as first provided for by the Finance Act

The Braunton Cricket Club hereby adopts and accepts this Constitution as a current operating guide regulating the actions of all members.

Become a member
Support the club